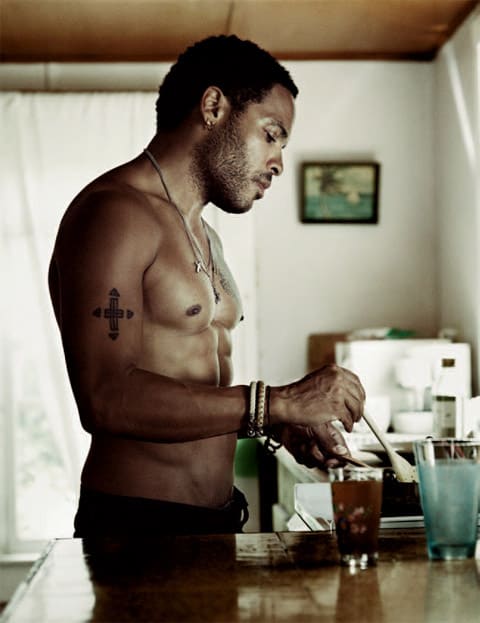 Lenny Kravitz is looking fit in the new issue of Interview magazine, where he talks about how he got involved with the upcoming film adaptation of The Hunger Games:

Gary [Ross] saw Precious and said that he liked the character of Nurse John, so he thought I’d be right for the role in Hunger Games since Cinna is somebody who is looking out for somebody and is a support figure, too. So he called me down here in the Bahamas— I was actually making the album at the time. He said, “Hi, I’m making this movie called The Hunger Games. I think you’d be great. If you want it, you’ve got the part.”

Meanwhile, a scene featuring Kravitz was released this week in which Cinna helps Katniss prepare for the tribute parade.