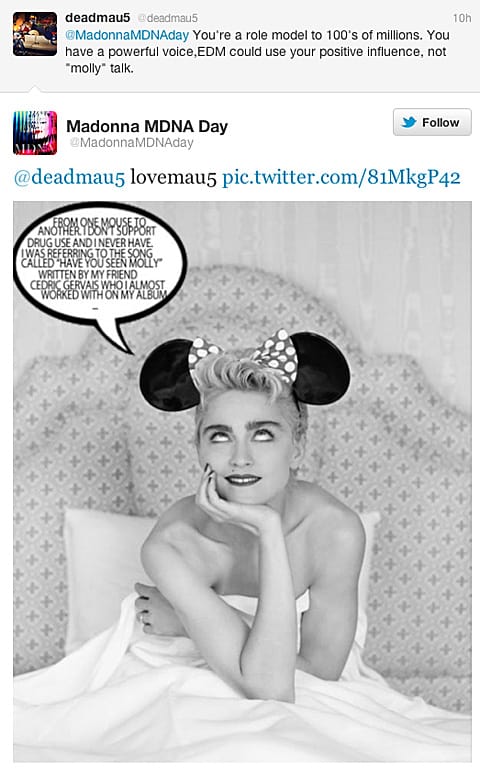 After being attacked yesterday by Deadmau5 for remarks she made about "Molly" (street for Ecstasy) at the weekend's Ultra Music Festival, Madonna responded during a Q&A session on Twitter last night with the post above.

Said Madonna: "From one mouse to another, I don't support drug use and I never have. I was referring to the song called "Have you seen Molly?" written by my friend Cedric Gervais who I almost worked with on my album."

Deadmau5 appeared to accept the explanation, tweeting: "fair enough, I was just voicing my concerns as I usually do. +1 respect for clearing it up personally."

NOTE: You decide what Gervais' "Molly" is about.

A teaser video for the forthcoming track, posted, AFTER THE JUMP…

Previous Post: « $5,000 for a Kiss from John Stamos: VIDEO
Next Post: Hispanic Family with Two Gay Kids Tells Powerful Story of How They Both Came Out: VIDEO »