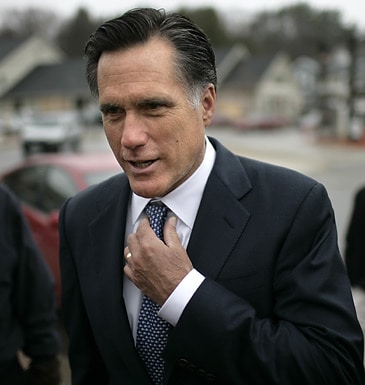 Mitt Romney very nearly has it wrapped up …

… but what, exactly, is a Mitt Romney?

He was good looking, well-liked, relentlessly upbeat gay therapist hitting a professional peak. He killed himself just after New Year. Why?

HuffPo blogger Amelia has been writing for months about her openly gay seven-year-old. Now her husband steps up and responds to the haters:

I don't see how a father, or any parent, can look at their son, the one they've loved since before the child was even born, and upon hearing him say, "Dad, I'm gay," turn their back on him. The comments from men much older than me telling stories just like that break my heart. My wife always wants to adopt the teenage kids who write to her; I want to adopt the 60-year-old men who cry when they read that I tell my son how awesome he is. I don't care if they are as old as my father; they deserve love just as much as anyone else.

Novelist Kergan Edwards-Stout writes a letter to his long-dead bully:

How lonely you must have felt, Dirk, as you tied that rope. Could you really see no path forward? Was there no one you could have reached out to? Was there no friend, family member, priest, counselor — not one person you could've trusted with your pain?

Later, I heard that you'd left behind a note, writing that although you did not like girls, you did not want to like boys. And suddenly it became horribly clear to me. You and I were exactly alike. That anger and venom you directed at me, you were also directing at yourself.

The Moscow Times has a sunny take on the way Russian gay life has been driven underground:

The city's gay scene is surprisingly busy and accessible to all, with four well-established clubs and a smattering of bars and saunas— it differs little from the scene to be found inany other European city. While visibility is increasing, nearly all establishments remain somewhat discreet about their nature, so you can still expect good old-fashioned videophone entries andunsigned venues, which just adds to the sense of adventure. 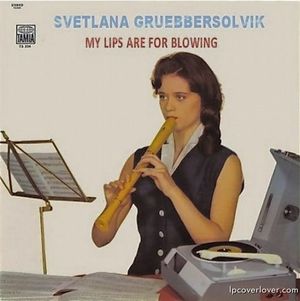 Salon on the ongoing right-wing takeover. (Curiously, they leave out the bit about how libertarians and objectivists have run the Fed for a generation.)

These are supposed to be the worst album covers of all time, but I think they're kind of awesome.

By combining the earthly and the bird's-eye, Menze and Ur have so far created "the largest archaeological record for a landscape in Mesopotamia." That record currently maps about 14,000 different sites — spanning, in all, about 8,000 years of human history.

Big in China: Eggs boiled in the urine of boy virgins …

There is no good explanation for why it has to be boys' urine, just that it has been so for centuries.

The scent of these eggs being cooked in pots of urine is unmistakable as people pass the many street vendors in Dongyang who sell it, claiming it has remarkable health properties.

"If you eat this, you will not get heat stroke. These eggs cooked in urine are fragrant," said Ge Yaohua, 51, who owns one of the more popular "virgin boy eggs" stalls.

"They are good for your health. Our family has them for every meal. In Dongyang, every family likes eating them."

Finally: Google Maps for the Nintendo Entertainment System. We've waited so long! If you don't have a NES, or if you can't be bothered to pull the dear old thing from your parents' attic, you can get a look at what Google Maps will look like when crammed through your 8-bit Nintendo processor by visiting Google Maps and hitting "Begin Your Quest." Otherwise, watch Google's introductory video AFTER THE JUMP …

Previous Post: « Now Playing: ‘Mirror Mirror’
Next Post: CNN Wants You To Be Afraid Of The Scary Guy »