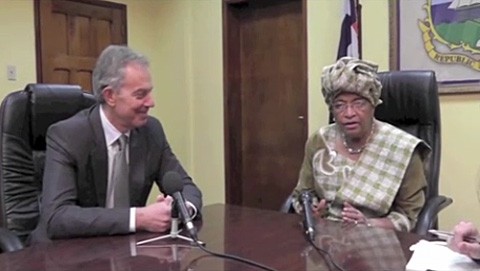 The interviewer then turns to former British PM Tony Blair, and asks him about how he feels about Prime Minister David Cameron's recent statements to African leaders instructing them to respect the human rights of LGBT people. 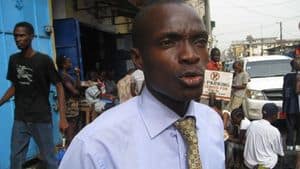 Meanwhile, in Liberia, Archie Ponpon (pictured) and Abraham Kamara, two activists with Movement for the Defence of Gays and Lesbians in Liberia (Modegal), have been confronted by angry mobs in recent weeks, causing them to seek safety at the police station.

When the two activists tried to get their organisation officially registered by the government, Mr Ponpon says their "article of incorporation was denied".

"We wrote to the president complaining, but she has not responded," he says.

The home of Ponpon's mother was burned down: "He suspects it was an arson attack by people who do not support his stance. 'Since this incident, my mother has been in hiding,' he says."