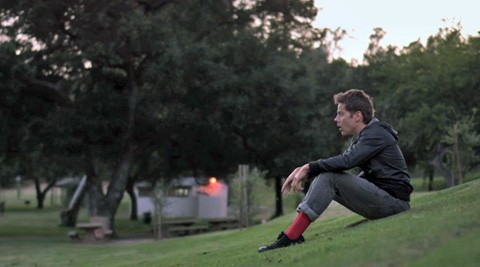 The Men's Room, a 15-minute short film dealing with male sexuality, intimacy, and the concept of public decency is set to have its debut on Sunday at the Atlanta Film Festival. It's directed by Jane Pickett and starring Russell Sams and Blake Robbins.

Here's the synopsis from the filmmakers: "When Thomas ventures into a park for a sexual encounter with a stranger, he uncovers a striking complexity composed of desire, fear, and betrayal when his would-be anonymous sex partner turns out to be a cop. The Men's Room explores the seemingly unwelcome yet enduring pastime of public sex, a world of secrecy and code lurking just below the surface of normalcy."

The Men's Room Trailer from Nature Show on Vimeo.