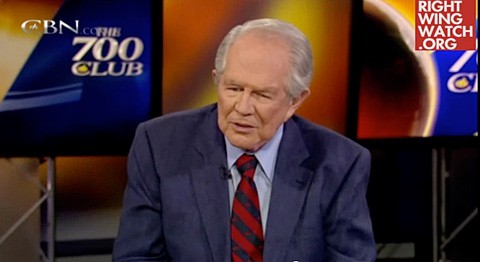 On yesterday's The 700 Club, Pat Robertson was asked about the tornadoes that have ravaged parts the country and killed at least thirty-nine people, Right Wing Watch reports.

Said Robertson: “If enough people were praying He would’ve intervened, you could pray, Jesus stilled the storm, you can still storms.”

In related news, a Kentucky woman tried to pray away an approaching funnel cloud as it passed over her home in a video played on CNN. Nearby West Liberty was ravaged by the storm. 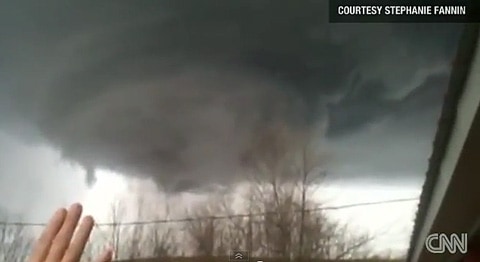 Woman prays away a tornado: