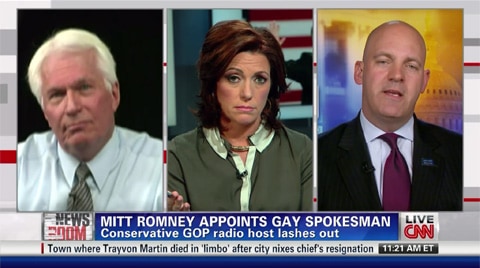 Fischer was asked to explain his campaign against Grenell, and was pushed into a corner by Kyra Phillips, who reminded Fischer that Grenell was also spokesman for UN ambassador John Bolton, whom Fischer praised as having done a "great job."