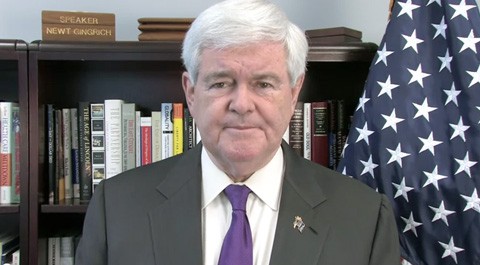 Newt Gingrich, a man who has disrespected the 'sanctity' of marriage several times, urges North Carolina voters to pass 'Amendment One', which would ban same-sex marriage, civil unions, and domestic partnerships in the state, in a new video.

As two new ads noted yesterday, it would also harm children by taking away health insurance, and it would jeopardize the safety of domestic violence victims.

Says Gingrich in the video:

This is part of the same great process this year that's involved with President Obama, and that's involved with the whole danger of what's happening to our basic beliefs. There's an effort by radicals at every level to change who we are, to change what America is and to change for our children into a future that I think will be much worse. This is your chance to turn out and vote and vote for preserving America, and to vote for preserving a very basic institution.