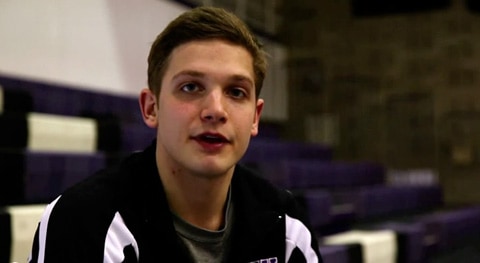 Jay Hayes, the captain of the men’s volleyball team at New York University, organized and directed an "It Gets Better" video featuring the coaches and athletes of NYU Athletics. It's only the second in the It Gets Better campaign done by a major university’s athletic program (the other's is Northwestern University).

“Athletics is the next frontier for gay rights. When you look at the civil rights movement, it wouldn’t have been as successful if a person like Jackie Robinson hadn’t been there. I really hope that a gay athlete comes out soon. I think that professional sports these days are just a business and these players know that it could hurt the brand and the bottom line if they came out. Once we see a professional gay athlete come out and succeed, that will be monumental."

Watch the inspiring clip, AFTER THE JUMP…