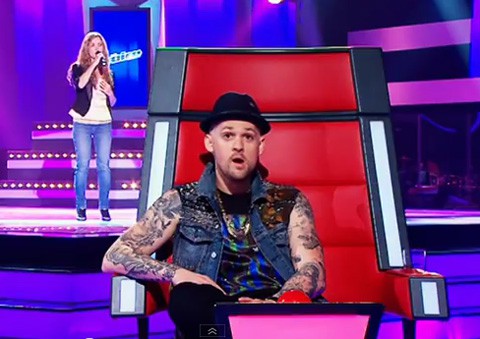 Rachael Leahcar (whose name, incidentally, is a palindrome), an 18-year-old with a degenerative sight disorder which has left her 90% blind, wowed judges with a version of Edith Piaf's "La Vie En Rose" this week.

Said Leahcar: "I was the first to draw their attention to the irony of (the blind auditions). I think it's hilarious. When I first heard them cheering I was just overwhelmed with emotion that people would be cheering for me," she said. "It was the best feeling in the world, ever, for anyone to experience."

Previous Post: « Fiction Jury Furious at Pulitzer Board for Not Handing Out Prize
Next Post: Illinois Unlikely to Move on Marriage Equality Bill This Year »