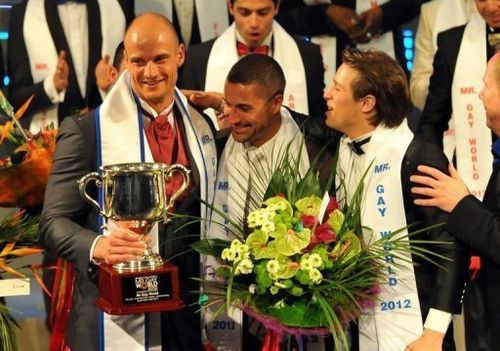 The Mr Gay competition took place over four days and included various challenges, including a photo, sports, fashion, swim suit, public speaking, and local outreach challenges. On the contest's website, it said the winner would not only have the inner beauty of confidence, self-assurance, charisma and natural leadership abilities, but would also take care of his physical beauty. Prizes included $25,000 in travel vouchers to enable the winner to spread his message around the world. 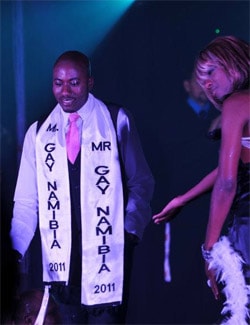 The contest's location, in Johannesburg, drew attention to the plight of gay people in the region as several of the African contestants faced threats:

Namibia's representative, 24-year-old Wendelinus Hamutenya, was hospitalised after being attacked in early December. Ethiopian contestant Robel Hailu, a 25-year-old student in South Africa, received death threats and was disinherited by his wealthy family. South Africa, which won the contest in 2010 and 2011, was represented by a white local councillor from the Eastern Cape, Lance Weyer. "The African delegates are very brave. No one in the West or even in South Africa can get close to understanding the extremely high levels of persecution on this continent. I am proud to be part of a generation of Africans that is prepared to stand up for who we are,'' said 24 year-old Mr Weyer.

Mr Gay World is classed as a beauty pageant but the South African organisers were at pains to stress that the event was more about advocacy than abdominals. The contest had no upper age limit and the top prize was a fairly modest 50,000 Rands (£4,000).

Over four days, contestants were tested on their knowledge of LGBTI issues, put through a wildlife drill, invited for cocktails at the Belgian embassy and put through the rigours of a swimsuit contest. They spent an afternoon doing HIV outreach work before last night's gala finale at the Gold Reef City casino in Johannesburg.

The AP looked at the pageant's influence in Africa:

"I hope and I believe that Namibia will be the second country in Africa to recognize the rights" of gays, Hamutenya said in an interview.

The first country is South Africa, also the first African country to host Mr. Gay World, which debuted in 2009 in Canada. The bill of rights adopted after apartheid ended in South Africa in 1994 explicitly bans discrimination on grounds of sexual orientation. Same-sex couples can marry and adopt children in South Africa.

Teboha Maitse, acting chairman of South Africa's Commission for Gender Equality, said she fought white racist rule alongside openly gay comrades, and that experience made her and others aware of the need to enact legal protections for gays. But she said when she travels farther north, "people say, 'You South Africans, you don't behave like Africans.'" 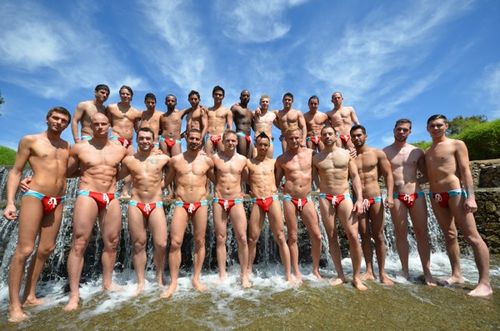 "I'm ecstatic to learn that my beloved partner Andy has been crowned Mr Gay World 2012. He is a non-pretentious, friendly and generous person with great ideas and wisdom, who lives within his means and discipline and true to his words. He worked extra hard in thorough preparations for the Mr Gay World 2012 contest and he truly deserved to win the title."

Watch a slideshow of the "sport" competition, AFTER THE JUMP…