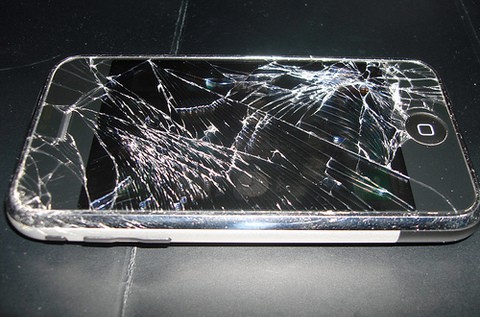 Ah, this is cool: researchers have developed a new form of plastic that “bruises,” rather than breaks, when dropped and subsequently heals itself when exposed to sunlight.

Marek Urban and colleagues at the University of Southern Mississippi in Hattiesburg were inspired to create their self-healing plastic by signs of healing in nature such as newly formed tree bark.

Earlier self-healing materials do not change colour and require focused laser light for repairs. This new material turns red when damaged and repairs itself when exposed to visible light or changes in temperature or pH. It can also fix itself multiple times, unlike previous materials.

Like all plastics the new material contains long chains of polymers, except that the chains are linked by small molecular bridges that break and change the plastic’s shape when it is scratched. This shape-change produces the bruise, which disappears when energy from the light enables the bridges to reform and the plastic to heal.

Imagine all the money that could be saved on broken smart phone screens.

Researchers at Case Western have developed a similar substance, which they explain in a video AFTER THE JUMP.