How gay couples get screwed on tax day. 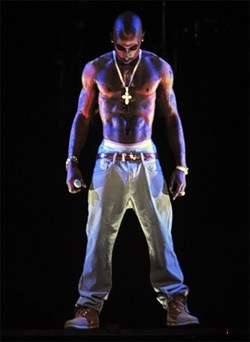 Tupac hologram may go on tour.

Ann Romney: Seamus loved riding on the top of the car. “He would see that crate and, you know, he would, like, go crazy because he was going with us on vacation."

Catholics protest Castro Theatre screening of documentary about Terrance McNally's play Corpus Christi: "I strongly protest against the showing of the blasphemous play Corpus Christi,which includes a Christ-like figure who reportedly has sexual relations with his apostles, and of the movie which promotes it, Corpus Christi: Playing with Redemption. The Person of Jesus Christ is Sacred and untouchable. To portray Him as a homosexual, or even to insinuate it, is an unspeakable blasphemy which I reject with all my soul."

Emile Hirsch mugs for his own camera at Coachella. 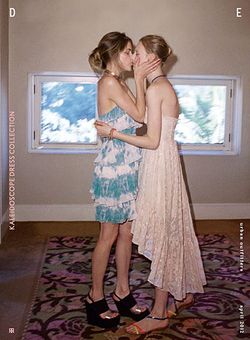 One Million Moms in uproar about women kissing in Urban Outfitters catalog (even though the company is owned by a right-winger).

Survey: Approximately 20% of gay men in Taiwan have attempted suicide. "About 30 per cent have considered taking their own lives, and of these 18 per cent have actually tried to kill themselves, according to the survey sponsored by Gender/Sexuality Rights Association of Taiwan and other groups."

Williams Institute: Transgender voters disenfranchised by voter ID laws. "Over 25,000 transgender American citizens may face stiff barriers to voting in the November 2012 election, according to the report 'The Potential Impact of Voter Identification Laws on Transgender Voters,' released last week by the Williams Institute at UCLA’s law school. This is, by any measure, the portion of the electorate that is among the most marginalized and stigmatized, and hence probably most in need of the right to have a say in who governs their lives. But discussions on both sides of voter ID laws tend to leave out transgender citizens in discussions about who would be most adversely impacted."

NOM's 'Dump Starbucks' campaign is a flop internationally, too. 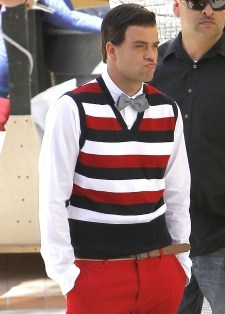 Grace, the black lab who stood by her dead companion on the highway, has been adopted.

Portions of the surface of Mars are made of glass.

Spokane City Council overflows at debate over resolution supporting Washington's marriage equality law: "About 70 people had testified by around 10 p.m., when City Council President Ben Stuckart announced everyone who signed up had spoken. He asked if anyone else wanted to speak and a couple dozen raised their hands, extending testimony late into the night. Early testimony was dominated by opponents of gay marriage. Later testimony tilted heavily in support."

Previous Post: « Ladies of ‘The View’ Discuss ‘Pejazzling’ and Manscaping: VIDEO
Next Post: Towleroad Guide to the Tube #1106 »