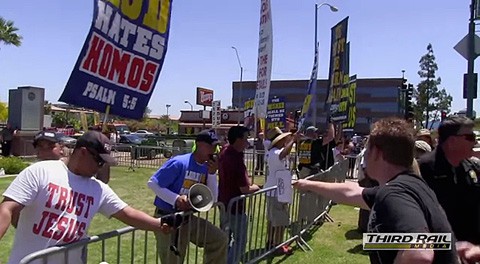 Phoenix Pride took place over the weekend and the gay-hating religious folk were out in force.

At Phoenix Pride 2012, a group of bigoted preachers who attend LGBT pride celebrations in many states, heckled folks leaving the pride parade. One hurled particularly vile, un-Christian insults at the crowd, causing emotions to run high. Then a flash mob, led by Queen B, demonstrated what true Christian love was about by performing "Born This Way" to the cheers of the crowd – and silencing the hate speech of the preachers. 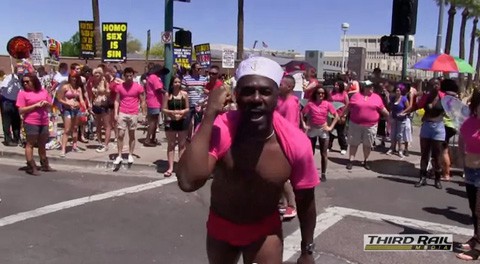