White House party crasher and Real Housewives of DC husband Tareq Salahi is planning a run for governor of Virginia, he says in a statement: 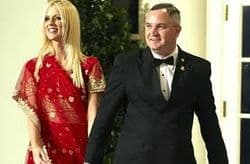 "As a Virginia native for the last 42 years, I am troubled to see how our current political figure heads continue to waste tax payer dollars during these difficult economic times! I'm a big believer in limited government, keeping taxes, regulation and litigation low."

According to an application his spokesman sent to CNN, Salahi would run as a Republican. The application, however, has an error, as Salahi filled in the wrong date for the November 5, 2013 election. His application says November 6. As of late Wednesday morning, the State Board of Elections in Virginia has not yet received a declaration of candidacy from Salahi, a board spokesman confirmed.

TMZ, of course, has his declaration posted.