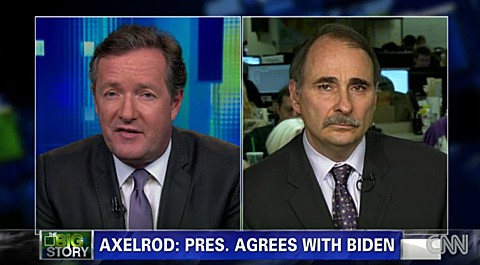 The conversation continued Monday night over the weekend remarks by Joe Biden and the attempt by the White House to frame those marks within its own "same legal rights" argument and avoid addressing the marriage issue directly.

David Axelrod was on the defensive again in an interview with Piers Morgan.

Watch, AFTER THE JUMP..