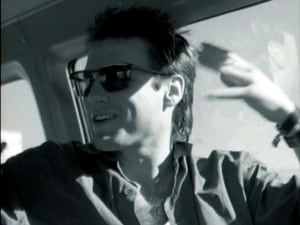 Singer Corey Hart remains most famous for his 1983 single “Sunglasses at Night,” but 5-years later he released a song the Canadian national describes as more meaningful, “The Truth Will Set You Free.”

It wasn’t explicit at the time, but Hart told the Canadian Press this week that the 1988 track was in fact a pro-gay anthem inspired by his music industry colleagues.

“A lot of people on my first couple of recordings that I worked with closely were gay. I developed very close friendships with these people, and I saw a lot of pain, and a lot of suffering, and a lot of hiding,” he said.

“The gay aspect of this song was an important message that I wanted to send out there, especially being a straight man — I thought it was important to say this.”

The track’s revival began last year, when a local cab driver asked Hart if he could remix the long-forgotten track. Impressed by the man’s interest, and eager to dust off the song, Hart agreed and will debut the remixed track at Toronto Pride on June 30th. He also says this latest version will go further to make the gay subtext more notable, in part because of Matthew Shepard’s 1998 death.

He had been “very affected” by the death of Shepard, a gay Wyoming 21-year-old who was beaten and tortured before being tied to a fence and left to die. The public outcry that ensued eventually led to the revision of hate-crime laws in the U.S. in 2009.

“It really upset me,” Hart said of the incident. “It really was a sad statement of how we think we’ve come far, but when we really look at it, we haven’t come that far.”

Hart also said it’s important for him to sing the track at gay pride, because he wants to “spread the message [of] empowerment.”

I’ve included the original audio AFTER THE JUMP to jog your memory of what “The Truth Will Set You Free” is all about. Oh, and I’ve included “Sunglasses at Night” because, you know, it’s great.