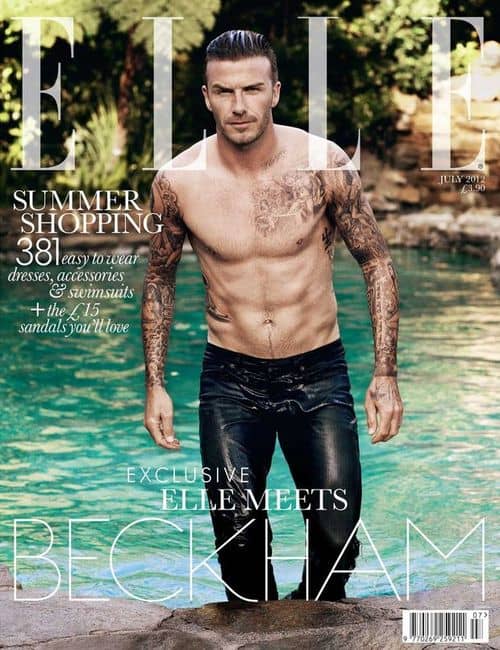 Said ELLE Editor in Chief Lorraine Candy: "David Beckham is a national hero. He is an icon and Elle is known for featuring icons on its cover. This is a first for us on the newsstand and I believe he is loved by men and women alike. Anyway, who doesn’t want to see a picture of one of the world’s most handsome men on the front cover of a magazine?"

An alternative cover, and the Beckham shot, unblemished by text, AFTER THE JUMP… 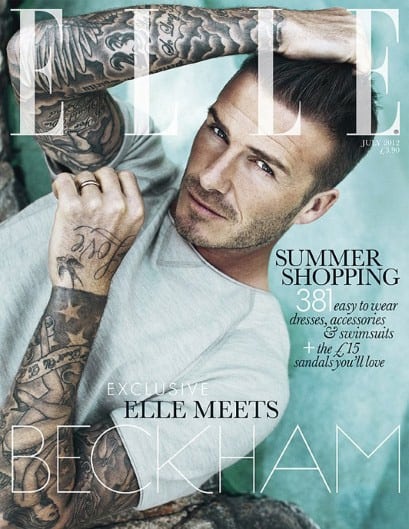 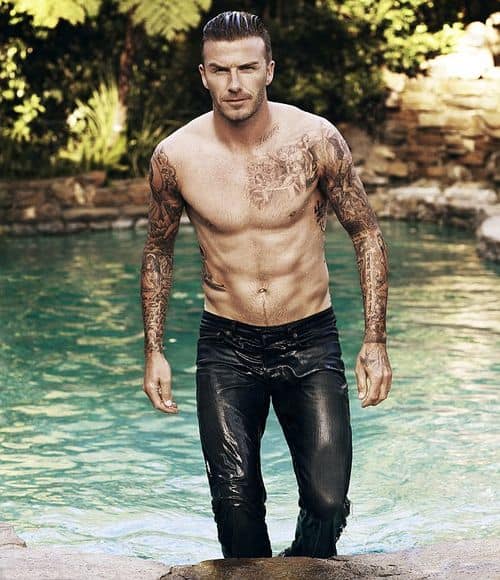