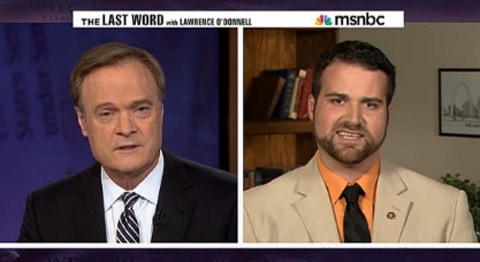 Lawrence O'Donnell spoke with Missouri GOP state Rep. Zach Wyatt, who came out of the closet this week in a speech to Republican colleagues. O'Donnell talks to Wyatt about his motives for coming out and given his party's stance on LGBT issues and its support for the "Don't Say Gay" bill, how he can be a Republican.