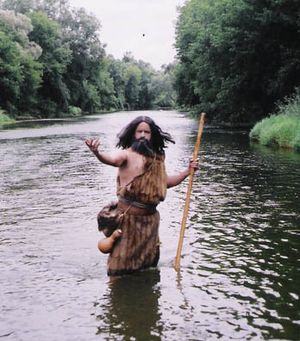 The Baptist Press is the journalisic organ of the Southern Baptist Convention, and its staff is not pleased that June is LGBT Pride Month. In particular, they're distressed that the president's declaration of June as Pride Month makes it more difficult to minister to those who wish to be un-gayed. At least that's what's bugging Bob Stith, the only person directly quoted in the Press's article on the subject. Stith is the "the Southern Baptist national strategist for gender issues and the representative of the denomination's Task Force on Ministry to Homosexuals," and here's what he's got to say:

"The president calls for freedom, fairness and full equality under the law and eliminating prejudice everywhere it exists. This would be much more believable if he extended that concern to those who seek to leave homosexuality," Stith added. "The task of helping those who do not want to live homosexually grows more difficult each time this kind of proclamation comes out."

It's difficult to imagine how Obama's Pride Month proclamation makes it more difficult for Stith's co-religionists to minister to gayfolk, and Stith doesn't bother to explain. In the absence of details, it might be safe to assume that what Stith really means is that proclamations like Obama's make young, impressionable gayfolk less receptive to Stith's message, and that's a different thing altogether. That Stith would conflate the two strikes this writer as creepy.

Elsewhere in the Baptist Press's article, one finds some enlightening explanation of confounding gay lingo:

Transgender is a category that includes cross-dressers and people undergoing sex-change operations. Gender identity is a term that refers to men and women who believe they were born the wrong sex.