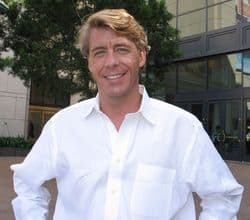 “Most gay Americans – like their straight counterparts – are not better off than they were 4 years agoThe truth is that gay people are living in the disastrous failed Obama economy too. President Obama and his friends on the left want this election to be about divisive social issues, because the President’s record on jobs and the economy is indefensible. At this critical juncture, we need a President with the experience and expertise to turn this economy around.  Someone who knows how the free markets work – former Governor Mitt Romney is that candidate.

“Not only does President Obama not understand how the free markets work – he is openly hostile to free market capitalism. President Obama’s repeated attacks on Governor Romney’s private sector record underscore this President’s fundamental lack of understanding of how our economy works.  Instead of demonizing free markets, President Obama should be focused on creating an economic environment that encourages free market investments and creates jobs. It is clear that the ‘hope and change’ of candidate Obama in 2008, has been replaced with ‘jealousy and envy.'  Obama’s divisive attacks appeal to the absolute worst in Americans.

"The truth is that this election is too important to wait or to sit on the sidelines. We plan on spending every day between now and November working to make Obama a one term President. For far too long, the gay left in this country has been allowed to dictate what they believe qualify as ‘gay issues.’  We think that jobs, the economy, healthcare, retirement security and taxes are all ‘gay issues,’ and on every single one of those issues, Mitt Romney is light years better than President Obama.

"We don’t agree with Governor Romney on every single issue – indeed we disagree strongly with him on his support for a federal marriage amendment and we have urged Romney publicly to take bolder and more conservative stances on tax reform, entitlement reform and spending."

Two board members reportedly voted against the endorsement, one of them being co-founder Chris Barron: “While I voted to endorse Governor Gary Johnson, and will continue to personally support his campaign, I understand and respect the decision of the GOProud Board . I appreciate the thoughtfulness the Board of Directors of GOProud put into this decision.”