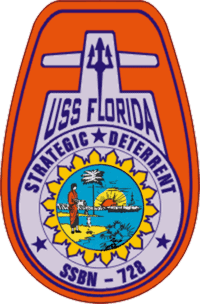 In March, the top enlisted man aboard an American nuclear submarine was reassigned to a new vessel, after failing to keep one of his subordinates safe from a prolonged and brutal "hazing." The Associated Press has now learned the nature of the "hazing," which doesn't sound like anything of the sort: It was, in fact, incessant homophobic bullying.

The AP doesn't mention if the bullying victim is actually gay. It seems the victim was singled out because of an assault he allegedly endured while his vessel, the USS Florida, was docked in a foreign port. There, he said, a man tried to rape him. From the AP:

… the hazing was directed at a sailor who had reported that another man pulled a knife and tried to rape him while in the port at Diego Garcia in the Indian Ocean.

All names in the documents provided to The Associated Press were redacted.

The report says the sailor was generally well-liked on the ship and endured the torment for months because he thought it would eventually stop. Among other things, he was called a derogatory term for a gay person and referred to as "Brokeback," a reference to the gay-themed movie "Brokeback Mountain." In addition, someone posted a drawing of a stick figure being sexually assaulted.

Before a group training session on the repeal of the military's "Don't Ask, Don't Tell" policy, the sailor was subjected to comments about coming out of the closet and asked when other sailors could meet his boyfriend and whether his boyfriend was Filipino, the nationality of the person he said tried to rape him.

The report says the sailors who made the derogatory comments didn't realize their shipmate had a knife pulled on him or the psychological toll the comments were taking on him. After eight months of harassment in 2011, the sailor eventually wrote a note saying he had suicidal thoughts and that he could snap and hurt himself or someone else.

According to the AP's report, sexual harrassment and bullying were common onboard the USS Florida. Naval leadership has ordered additional "counseling and training" "at all levels" to prevent future incidents.