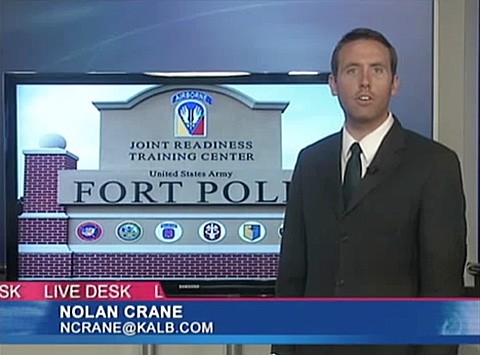 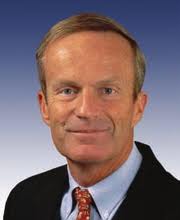 Following last year's repeal of its "don't ask, don't tell" policy, the Defense Department said chaplains at military installations can officiate any private ceremony, as long as it's not prohibited by state and local laws. Louisiana law does not recognize same-sex marriages or civil unions…

…U.S. Rep. John Fleming, R-La., said in a statement the "marriage-like" ceremony performed by an Army chaplain shouldn't have been allowed on the base. U.S. Rep. Todd Akin, R-Mo., claims the ceremony violated Defense Department policy.

Akin sponsored a measure approved by the House last year that would prohibit military installations from being used to "officiate, solemnize or perform a marriage or marriage-like ceremony involving anything other than the union of one man with one woman." The Senate didn't approve the legislation.

"This ceremony evades the intention and violates the spirit of the Defense of Marriage Act (DOMA) which remains the law in America, defining marriage as a union of one man and one woman for all purposes under federal law," FRC President Tony Perkins said in a statement Wednesday.

Watch a report from KALB, AFTER THE JUMP…