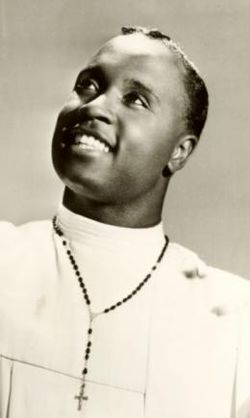 The gayness of gospel:

It’s not just that so many of the men and women in gospel—from Alex Bradford to James Cleveland to Ruth Davis to Robert Anderson to innumerable less well-known singers, directors, and fans—were gay. Nor is it simply that some of the most important figures of the civil rights movement, like James Baldwin and Bayard Rustin, came out of the church's gay tradition. Rather, Heilbut makes the case that gospel has always been essentially and characteristically gay at its heart …

Clerics should talk to atheists before writing about them.

A profile of the guy who makes Biebs and J-Lo sound like singers.

Spanier, Paterno, the other guys at Penn State – they knew.

To the sight of a feeble adult who occupies two seats on the vehicle she’s supposed to supervise, too fat to budge and too powerless to perform the task for which she is being paid – the Internet erupted in cheers.

Klein was quickly catapulted to fame for her, yes, courage. “God bless, you are my hero,” effused a woman with the handle “Marykate” in an online post.

Charitably put, Klein has not advanced adulthood in infantile America.

Nevertheless, Klein’s coffers filled up fast. She is now $650,000 richer and plans to make a pilgrimage to the Mecca of maturity: Disneyland.

… In defense of the wolverines who preyed on Klein, how is an adult such as herself to command their respect? From whom are these fiends, out on a wilding spree, expected to learn a lesson? From Supervisor Klein, who was not adult enough to holler for help? Klein lacked the wherewithal to ask the bus driver to stop the bus and set the kids straight, then and there.

Or, perhaps the bus drive is another fearful fatty who was unable to dislodge herself from her seat. Perhaps the two live in fear of potential lawsuits, lodged by the parents who sire these good-for-nothing seventh graders …

The bad news about gay youth:

Gay, transgender, and gender nonconforming youth are significantly over-represented in the juvenile justice system—approximately 300,000 gay and transgender youth are arrested and/or detained each year, of which more than 60 percent are black or Latino. Though gay and transgender youth represent just 5 percent to 7 percent of the nation’s overall youth population, they compose 13 percent to 15 percent of those currently in the juvenile justice system.