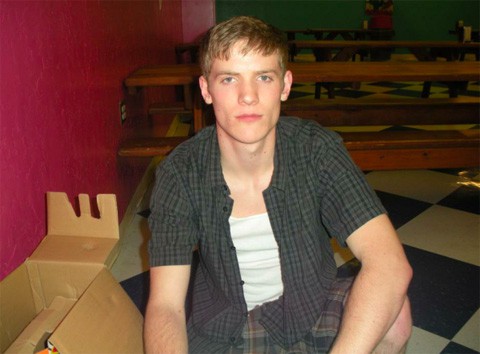 UPDATE: Flanary has been found SAFE.

Police and relatives are searching for 22-year-old Evan Flanary, who went missing almost a week ago on June 19th after meeting a stranger on an online dating app. Police have not disclosed which app Flanary was using though many people are assuming it was Grindr or something similar.

According to one commenter on SFAppeal who says she's Flanary's sister, Flanary was last seen on the 400 block of Harrison Street near Fremont Street in SoMa around 5:30 p.m. last Tuesday.

This is my son, Evan Flanary, 22, 6ft 1, 160 lbs, blonde/blue wearing blue jeans and gray hoody. Last seen on foot in the mission district in San Francisco on June 19 2012 meeting a stranger from a social phone app contact. This is not like him to disappear. He has no money and his phone has died.

According to reports he was also wearing a "Cal" hat.