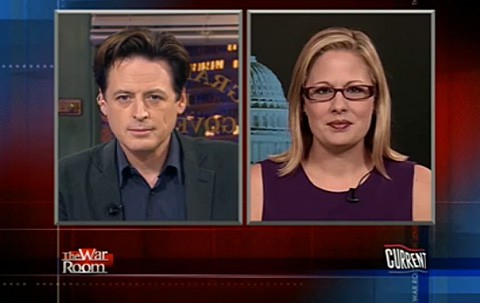 Current's John Fugelsang asks Arizona Democratic Congressional candidate Kyrsten Sinema, who would be the first out bisexual member of Congress in the nation's history if elected,  "Do you think that bisexual Americans have an equal place in the gay rights movement?"

Says Sinema: “I believe that all people have an equal place everywhere in this country, regardless of what movement you’re in or what community you live in. Every single one of us is equal in this country. That’s the beauty of the American dream. I believe we all have a place.”

Sinema would much rather focus on issues than her sexuality, however.

Previous Post: « Dharun Ravi Released from Jail After 20 Days of 30-Day Sentence
Next Post: Together, Stories of LGBT Pride: VIDEO »