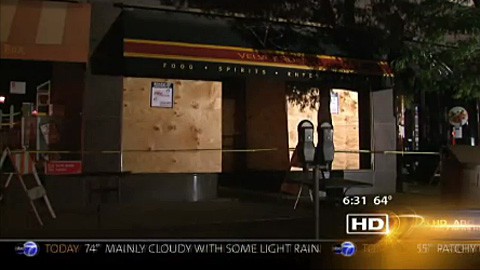 The Velvet Rope gay nightclub in the Chicago suburb of Oak Park was destroyed by a fire early Sunday morning, the Chicago Tribune reports: 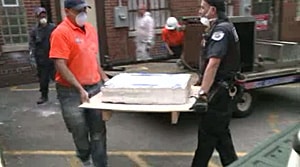 The fire was reported at about 6:25 a.m. in the Velvet Rope Ultra Lounge, 728 Lake St., after a person in the area smelled smoke, said Oak Park Police Sgt. Anthony Thomas. Flames charred the inside of the club, but not injuries were reported.

While Oak Park police and fire investigators wouldn't comment beyond saying that they were investigating, owner Frank Elliott said authorities were calling the morning fire suspicious.

He pointed to negative messages written on a wall that authorities have since covered up. He also noted that a safe hadn't been removed from his office.

Emergency workers cut out slabs of the nightclub's walls to preserve as "key evidence", WGN reports, in a video.

Elliott called the tragedy "a total loss" but plans to reopen.

A local ABC7 report, AFTER THE JUMP…