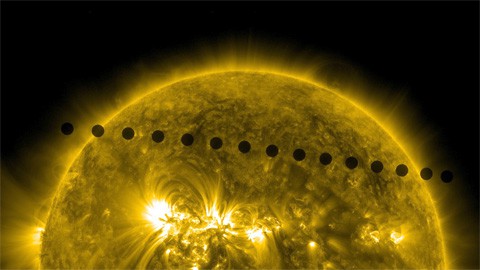 Millions of people across the globe witnessed on of the rarest celestial events people on Earth will ever have the ability to see, and won't again in our lifetime. Thankfully, the cameras we have now are better than ever.

The transit of Venus across the sun is one of the rarest celestial sights visible from Earth, one that wowed scientists and amateur observers around the world Tuesday (June 5). The event, arguably the most anticipated skywatching display of the year, marked the last time Venus will cross the sun (as seen from Earth) for 105 years.

Only seven Venus transits have been witnessed since the invention of the telescope 400 years ago, and you'd have a long wait for the next one. It won't happen again until Dec. 11, 2117.

To celebrate the last transit of Venus in the 21st century, astronomers and skywatchers came together in many sites around the world. In the United States, NASA beamed images of the transit from an observatory atop

Mauna Kea in Hawaii (just one of many webcasts from many countries) and welcomed the public to its various space centers, including the Ames Research Center in Moffett Field, Calif.

Check out many more photos and some intense videos, AFTER THE JUMP… 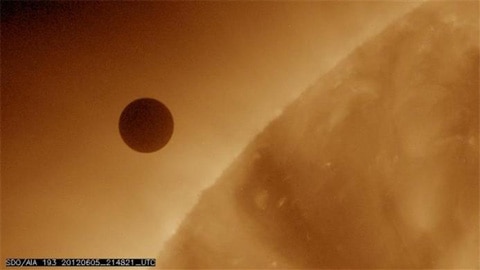 As seen from Cairns, Australia: 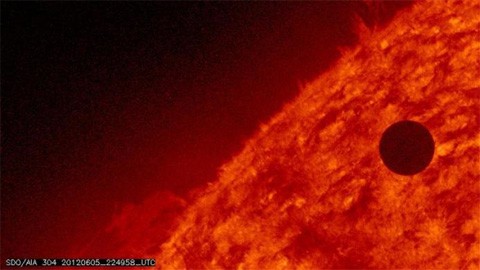 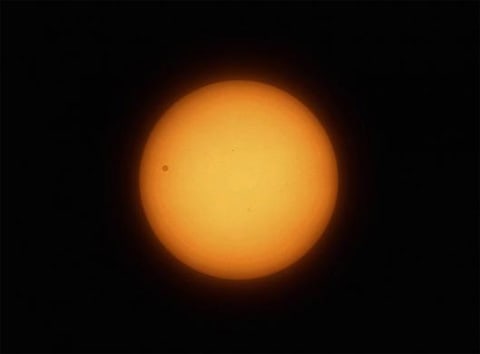 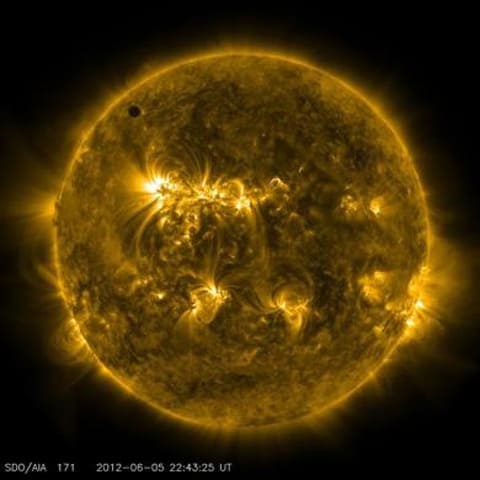 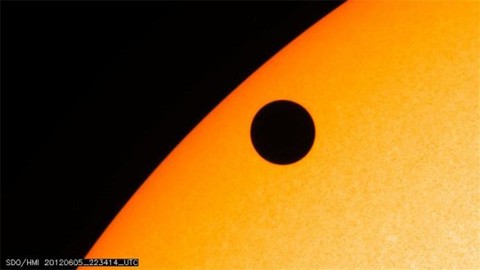 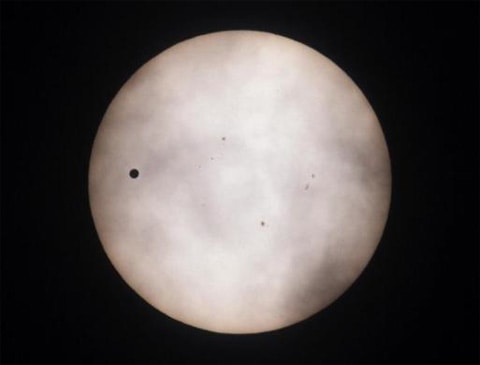 And more at Space.com.