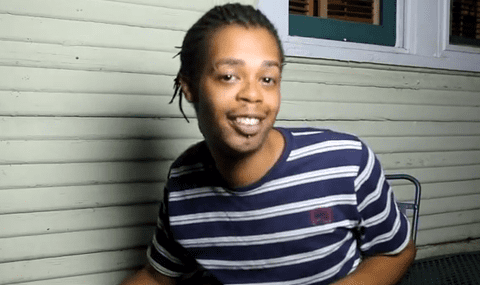 Remember Antoine Dodson? He’s the Alabama resident who gained international fame and a little fortune after his warning to “hide yo kids, hide yo wife” from an alleged rapist was auto-tuned and went viral as “Bed Intruder.” Now he’s back, and this time he’s not bringing a warning, but praise — for Chick-fil-A.

Viewers were less-than-pleased, because of Chick-fil-A CEO Dan Cathy’s claim that a wrathful God will smite us for gay marriage. Dodson has now responded by releasing another video reiterating his Chick-fil-A love. Neetzan Zimmerman from Gawker summarizes:

After receiving a decent amount of flak for his comments, Dodson released a second video clarifying his opinion.

“I did not know this subject was heartfelt for so many people because they have beliefs,” Dodson insists before urging viewers to “follow your beliefs.” Still, he claims the matter does affect him personally because “I have rights and I’m gay.”

You can watch the videos AFTER THE JUMP.