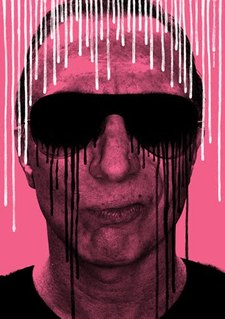 Irreverent, incorrigible, at times infuriating and often entertaining magazine VICE recently released a "Guide To Being Gay," an alphabetized collection that proclaimed "D is for drugs" and "N is for nasty sex," because "95 percent of gay guys have some kind of weird fetish that they'll expect you to indulge."

Director Bruce LaBruce offers a response, of which this is but a taste:

I feel it’s my duty as a homosexual, at the risk of biting the hand that partially feeds me, to take issue with a few of the pronouncements made in this albeit politically incorrect (what else?) and partly tongue-in-cheek mini-manifesto.

Of course I realize that articles of this ilk tend to deal in generalizations and stereotypes in order to make broader observational (and comedic) points. But owing to the recent tendency within the gay “movement” itself (I hesitate to call it a movement anymore, considering how deeply entrenched it now seems to be in its assimilationist agenda) to characterize homosexuality as a biological imperative (thankfully, I’ve always considered myself maladaptive)—as an innate, preordained, and fixed characteristic—I bristle at any description that might be analogous to the false assertion that, for example, blacks have natural rhythm. Do gays have a natural predilection toward fastidiousness and the aesthetic dimension, an “interior decorator gene,” as it were?

LaBruce later gripes, "The idea in the Guide that 'straight men are not seducible' is patently ridiculous."