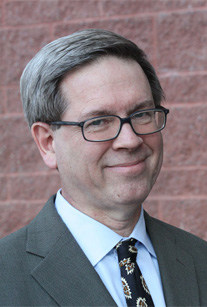 Tomorrow evening, various conservative eminences shall gather in a Maryland home, as Buzzfeed has it, to "raise money to advance conservative values on marriage." Which is to say: they want to uphold Maryland's marriage equality law.

The home is that of Cato Institute scholar Walter Olson and his husband, Steve Pippin. The event's "hosting committee," according to the invite received by Buzzfeed, includes, among others, Jonathan Rauch and Andrew Sullivan, whom one might expect to be there; and David Frum, the conservative speechwriter and journalist currently suffering a protracted falling-out with neo-Republican radicals.

The event is taking place from 3 p.m. to 6 p.m. Sunday at the home of Olson and his husband, Steve Pippin. The couple married in Massachusetts, and Maryland's highest court has held that the state recognizes such out-of-state marriages. The event — with lead hosts donating $500 — benefits Marylanders for Marriage Equality, which is the group formed to fight the referendum on the bill that will be on the ballot this November.

Saying that he wanted to "make sure that the people who are to the right of center were brought in to the campaign in the most effective way," Olson told BuzzFeed, "There are tons and tons of people … who are not necessarily reached by the more visible element of the campaign, which is often geared toward progressive principles."