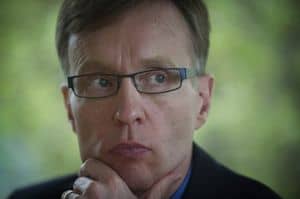 Washington State Attorney General Rob McKenna is an Eagle Scout, a gubernatorial candidate, and a Republican. Yesterday, through a spokesman, he denounced this week's decision from Boy Scouts of America to uphold the institution's ban on gays.

The Scouts' decision followed a "two year review," and included this statement:

Scouting believes that good people can personally disagree on this topic and still work together to achieve the life-changing benefits to youth through Scouting. While not all board members may personally agree with this policy, and may choose a different direction for their own organizations, BSA leadership agrees this is the best policy for the organization.

McKenna, who currently serves on the Chief Seattle Council of the Boy Scouts of America, has discussed with some Boy Scout volunteers in the state how "at least locally, the leaders out here could encourage the national organization to reconsider the national policy."

Given his belief that LGBT people should not be discriminated against in the Boy Scouts, it makes us wonder why he opposes Washington's marriage equality law and wants to deny same-sex couples the opportunity to marry.