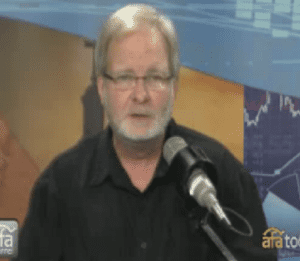 It was going to happen eventually: the Colorado massacre has now been pinned on the gays.

The pinning was done by Fred Jackson, of the American Family Association, on his radio show yesterday. Thanks to RightWingWatch for the transcription:

I think the sources of this is [sic] multifaceted but you can put it all I think under the heading of rebellion to God, a rejection of the God of the Bible. I think along with an education system that has produced our lawyers, our politicians, more teachers, more professors, all of that sort of thing, is our churches, mainline churches. We’ve been dealing Teddy and I know the AFA Journal has been dealing with denominations that no longer believe in the God of the Bible, they no longer believe that Jesus is the only way of salvation, they teach that God is OK with homosexuality, this is just increasing more and more. It is mankind shaking its fist at the authority of God.

Happily, it's not just the gays responsible for James Holmes's midnight movie massacre — it's everyone who doesn't share Fred Jackson's exact set of values:

Jackson's rant is an example of the "No True Scotsman" fallacy, and it evinces a peculiar kind of historical blindness. Even if Jackson's assertion — that the advance of social liberalism is responsible for Holmes's killing spree — happened to be true, which it isn't, wouldn't it follow that Jackson's own, "Scripture-based" conception of morality was responsible for the atrocities perpetrated before we had "Hollywood movies," the "internets," "liberal bias in the media," and pro-gay churches? The massacre in Rosewood, slavery, the extermination of Native Americans, and so forth? What does he make of the fact that, in strictly statistical terms, we're now living in an era far less violent and oppressive than any in human history?

The blame game is difficult to play. There are no rules, and there are seldom winners. Marilyn Manson's 13-year-old essay on the Columbine massacre remains relevant, and more sensible than most of the scribbling yet done on the subject of Colorado's latest tragedy:

When it comes down to who's to blame for the high school murders in Littleton, Colorado, throw a rock and you'll hit someone who's guilty. We're the people who sit back and tolerate children owning guns, and we're the ones who tune in and watch the up-to-the-minute details of what they do with them. I think it's terrible when anyone dies, especially if it is someone you know and love. But what is more offensive is that when these tragedies happen, most people don't really care any more than they would about the season finale of Friends or The Real World. I was dumbfounded as I watched the media snake right in, not missing a teardrop, interviewing the parents of dead children, televising the funerals. Then came the witch hunt.

Man's greatest fear is chaos. It was unthinkable that these kids did not have a simple black-and-white reason for their actions. And so a scapegoat was needed.