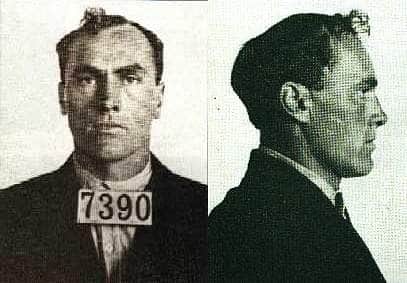 From Carl Panzram to Holmes: " … the truth is,  there will always be another loner with a grudge."

One girl's escape from sexual slavery:

Forced to use drugs and drink alcohol, Maria says she thought her life would soon end. She was horrified when she saw a very young girl brought into the house where she and others were being kept. She asked the girl how old she was. The answer: eight years old.

Maria says she attempted to escape once. She ran away and asked some police officers on the street for help. What she didn't know was that the officers were on the payroll of the pimp and took her right back into the brothel where she got another savage beating …

One of the more challenging questions came from Shane Bazzi, a 25-year-old Sydneysider who topped the poll on the OurSay.org website with more than 12,700 votes.

He asked the Prime Minister to explain her opposition to gay marriage given she is as an atheist and leader of a "self-described socially progressive party".

"I don't think that heterosexual relationships are more valued than same-sex relationships," the Prime Minister replied.

She said her view about gay marriage was based on its cultural status and differed from Mr Bazzi's.

"These are very individual personal perspectives on the world…This should be a conscience vote in Labor. We will have a vote on changing the marriage act by the end of the year."

Following the Boy Scouts' vote to continue discriminating against gays, Major League Soccer announces it will cease partnering with the organization.

Proposed rule from the US Office of Personnel Management would grant benefits to the children of employees' same-sex spouses:

… children will be eligible for coverage if a parent is in a domestic same-sex relationship with a federal employee who receives coverage through federal programs. These children would be eligible for coverage — both under the Federal Employees Health Benefits Program and the Federal Employees Dental & Vision Program — regardless of whether or not they’ve been legally adopted by the federal employee. 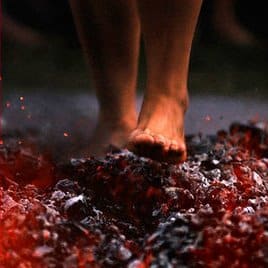 …  Emily Hecht-McGowan, the Family Equality Council’s public policy director, said the proposed rule is important because many LGBT families throughout the country live in states without legal protections.

“Most of the two million children raised by LGBT parents live in states where their parents cannot marry, cannot secure legal ties to their own kids and cannot get their children covered under a health insurance plan,” Hecht-McGowan said. “This rule change means that federal workers can now be assured that a high fever, broken arm or debilitating illness won’t jeopardize their child’s health or their family’s finances.”

Feet are burned in a botched Tony Robbins firewalk.

“The equality people will have a fit about this, but I’ll say it anyway: I have gay-wedding burnout,” Mr. Shields, 35, said one day this spring. “I spent my 20s going to weddings, being in weddings, shopping for weddings, helping to plan weddings. In my early 30s they finally started tapering off, and I was like, ‘Oh, thank God, we’re over the hump.’ ”

He paused for dramatic effect. “Nope. Here come the Gays.”