A website chronicles the tweets that have been made about Frank Ocean's coming out earlier this month, many of them hateful, and allows readers to tweet back. 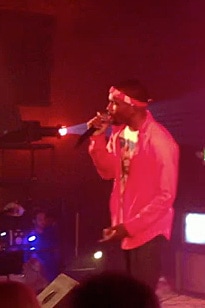 Sasha Frere-Jones writes about Ocean's album in The New Yorker:

Though musicians such as John Mayer and Pharrell Williams contribute to “channel ORANGE,” and there are plenty of string sections and massed voices, the album never feels crowded, because Ocean’s aesthetic favors his lyrics. In “Bad Religion,” the album’s emotional center, Ocean takes a ride with a cabdriver, and asks him to keep the meter running while he sings about religion. “If it brings me to my knees, it’s a bad religion,” he says. Later, he bends the phrase: “It’s a bad religion to be in love with someone who could never love you.” It’s a virtuosic song—as he sings about having “three lives balanced on my head like steak knives,” the music is a daredevil series of figures that cover a large territory and rarely overlap: marching-band snare drums, a string section, handclaps, and every station of Ocean’s voice, from a strangled falsetto to a clear, metallic cry. There’s also a ten-minute song about watching your girlfriend get dressed to go to work at a strip club called Pyramids. It flies by.

“Channel ORANGE” reinvigorates R. & B. by flouting the rules of the genre. Like the writer Sheila Heti and the filmmaker Lena Dunham, Ocean is deciding what it means to talk about friendship, drugs, love, and sex, and is setting the parameters for shame and regret in a world in which failure is simply a way of saying hello. 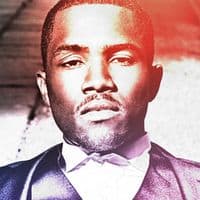 And over at Box Turtle Bulletin, Timothy Kincaid celebrates Ocean:

Perhaps it is that he is skilled and talented. Perhaps it is the stark honesty within the poetry of his lyrics. Perhaps it was just the right moment. But the urban music world has coalesced around Ocean in a nearly universally supportive way.

And for what may be the first time in that genre, Ocean may have benefitted from his sexual honesty. His album is selling very well.

This is encouraging and a blessing in so many ways. Obviously, as a confirmation of the polls that show a shift in support for marriage equality among African American voters, this bodes well for future marriage votes – particularly in Maryland this November.

But even more importantly, this new attitude holds promise for those most impacted by HIV, young gay black men. Perhaps the single greatest factor in avoiding seroconversion are the voices in our heads, our perceptions of our own worth, and our sense of belonging. And for many young black men, acceptance if their own sexuality as being of equal value to heterosexuality comes too late.

Ocean kicked off his Channel Orange Tour in Seattle on Friday night.

Watch him perform "Bad Religion" at the opener, AFTER THE JUMP…

Previous Post: « Texas Lesbian Shot by Gunman Leaves Hospital, Learns Her Girlfriend Was Killed
Next Post: ‘Call Me, Maybe’ from a Galaxy Far, Far Away: VIDEO »