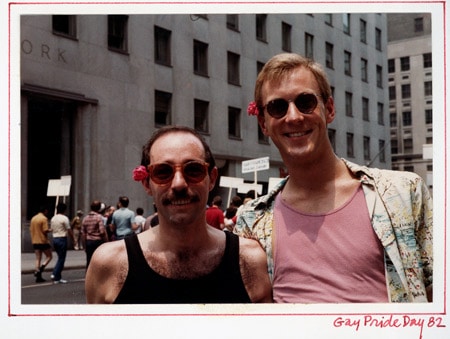 Vito Russo and his lover Jeffrey Sevick, from the collection of Arnie Kantrowitz/HBO

Given the horrific tragedy in Colorado that's currently dominating movie news it's a good time to step up away from current releases for a moment and take a deep breath. Moviegoing has always been and will always be one of the great communal activities. We sit in the dark together and hear stories about our lives, whether they're dressed up in genre metaphors, superhero costumes, or fashioned to look as realistic as our own. If you've ever viewed the movie theater as a sanctuary or cherished the community that entertainment can create, you must tune in to VITO Monday night on HBO. 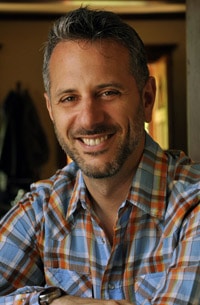 Influential gay activist Vito Russo (July 11th, 1946- November 7th, 1990) was born into an Italian family in East Harlem and in an early scene in Vito he recounts his desire to be at the movies all the time. It was his escape from sports and not fitting in. He channeled this love of Hollywood and moviegoing and his own growing awareness of injustices towards gays and lesbians into a pioneering role as a film historian and gay activist. Vito wrote the hugely influential bestseller "The Celluloid Closet", which took on Hollywood's troubled relationship with gay representation and opened up a conversation that still rages to this day. He spent the final years of his life as an AIDS activist.

I sat down with Jeffrey Schwarz (pictured left), the director of this new HBO documentary, to talk about gay history, documentary portraits of iconic figures, and Vito's remarkable accomplishments.

Nathaniel Rogers: As a young gay film fanatic, I assume you felt a kinship with Vito?

Jeffrey Schwarz: He's always been a beacon for me. I was reading "The Celluloid Closet" as part of my own coming out process. Like a lot of people who read that book it really changed my life and set me on a path in a sense. When I found out that Rob Epstein and Jeffrey Friedman were making a documentary based on Vito's book in San Francisco, I jumped at the chance to try and work on it. I ended up interning for them. My first job in this business was working on The Celluloid Closet (1995) as apprentice editor!

"Vito" the man and movie, Gay Icons, and Documentary Filmmaking AFTER THE JUMP…

The idea to make a film about Vito came about five years ago when I started to realize that Vito was not really being talked about. I look at a lot of the quote unquote definitive histories of our history and I don't see his name in there. I was worried he would be forgotten and that the next generation of gay people wouldn't know his story. I started to think that because he was involved in the movement even before Stonewall, through the 80s and the AIDS crisis, that telling his story was a way to tell the story of the gay and lesbian civil rights movement.

NR: I was a huge fan of The Celluloid Closet but I didn't actually know that much about Vito as a person. I found your documentary eye opening. It was especially fascinating to see how intertwined he was with entertainment history.

JS: He was a household name at the time.

NR: The scene with Bette Midler trying to help him save a Pride event that was descending into infighting chaos? "You've got to have friends ♫ " So great. And Lily Tomlin! These people are in the gay DNA. 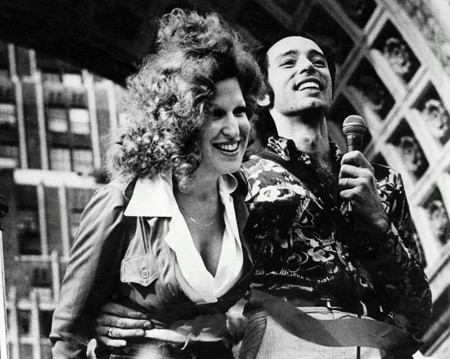 JS: Our first cut was four hours long. We had so much material. We had fifty plus interviews. It was almost a way of casting the film. We wanted to make sure that the family was represented: his biological family, his gay family, fellow activists, friends and also people who admired Vito and were affected by his work. It's almost like a who's who, so many people that are legends in our community: Larry Kramer was one of the co-founders of Act Up; Lily Tomlin who was a very close friend from the early 70s; Rob Epstein and Jeffrey Friedman; Bruce Vilanche; Armistead Maupin. It's like a great dinner party, getting all these people together in the same room.

NR: You've had dinner with them I take it. [Laughter]

NR:  The Celluloid Closet makes the convincing argument that gay characters in Hollywood movies must always die in the end. I have to say it felt a bit like a bitter irony that Vito ends with his death from AIDS. I know biopics end this way — I mean, what can you do? — but did you ever consider ending it another way?

JS: We did have a sequence, an epilogue, that talked about Vito's legacy and today's gay and lesbian movement and movies that came along after he passed away that he would have probably championed. But it took away from the impact. It was too easy. It made the audience feel too good. We wanted the audience to feel the loss and devastastation of losing Vito. We wanted to leave them in tears. 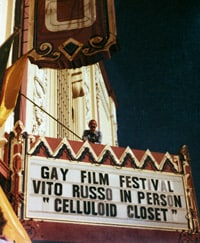 JS: [Laughter] It may be cruel. I have to thank Sheila Nevins, our visionary executive producer at HBO. That was actually one of her notes. 'Leave 'em crying.'

I think we're all living his legacy so it would have been redundant. So many scholars have followed in Vito's footsteps. Vito really opened the door. The epilogue would also maybe date the film. It's also the problem with The Celulloid Closet which I love but it ends with Philadelphia (1993) and so much has happened since then! I really wanted to make sure that the movie was an Evergreen, that people could watch it five, ten, twenty years from now.

NR: So it's purposely closed off like a period piece. But what do you think he would have thought of modern gay cinema?

JS: I don't want to speak for Vito but he always wanted — he didn't want us to look to Hollywood for images of gay and lesbian people. He wanted us to make our own films and he wanted Hollywood to be responsible and not trade in stereotypes. My guess is he would be thrilled at how gay characters are just part of the tapestry.

JS: Television has always been ahead of the game.

NR: So after Vito, what's next for you?

JS: We're going to be making a documentary on Anita Bryant and her "Save the Children" campaign of 1977. It's called Dade County. We're just at the very beginning of that. That's a biggie. Kids have no idea who she is or what happened and to me that's really the birth of the Culture Wars and in a sense it's bigger than Stonewall. That was the first time mainstream America was talking about gay rights.

We're also in production on I Am Divine right now. We've shot all the interviews. John Waters gave us his blessing and opened up his rolodex!

NR: Divine is so super-sized, both literally and figuratively. How can this not be a miniseries?

JS: It could be. Divine is another person like Vito, William Castle, Jack Wrangler. They are all iconoclastic rebels. They made their own way in the world. It's a common theme with all of them.

NR: So I have to ask. What does this tell us about you? Why these people? This is clear through line in your filmography: Vito, Spine Tingler! The William Castle Story, Wrangler: Anatomy of an Icon… soon I Am Divine.

JS: That's a good question. I'm drawn to tell stories about people who mask some of their insecurities with a larger than life persona.

Vito's an exception to that. Vito: what you see is what you get. He never doubted himself. When he was growing up all the messages he was getting from the culture was that he was less than human, that he was a criminal, that he was a pervert, that he was sick. He didn't believe any of that. There was something in him that told him there was nothing wrong with him, nothing wrong with being gay. He wanted to communicate that to other gay people who did internalize it. They thought it was their lot in life to be harassed and manipulated and persecuted. He would say 'When are you people going to get angry?' 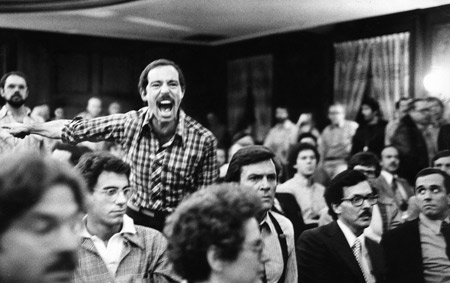