A lesbian couple admitted to luring one of the women’s former lovers into the woods, beating her and strangling her, and finally burying her in a shallow grave as she took her last breaths.

Oxford students may now sit their exams while cross-dressing:

Under the new regulations, students taking exams or attending formal occasions will no longer have to wear ceremonial clothing that is specific to their gender.

It will mean men will be able to sit tests in skirts and stockings and women will have the option of wearing suits and bow ties. 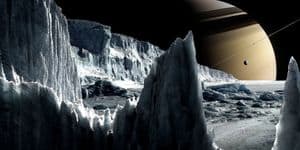 Science strongly suggests: You, me, and all the planets we can see probably come from great dusty discs.

Science optimistically posits: The icy Saturnian moon Enceladus might be a good place to look for life …

The cause of this unexpected interest in Enceladus – first observed by William Herschel in 1789 and named after one of the children of the Earth goddess Gaia – stems from a discovery made by the robot spacecraft Cassini, which has been in orbit of Saturn for the past eight years. The $3bn probe has shown that the little moon not only has an atmosphere, but that geysers of water are erupting from its surface into space. Even more astonishing has been its most recent discovery, which has shown that these geysers contain complex organic compounds, including propane, ethane, and acetylene.

"It just about ticks every box you have when it comes to looking for life on another world," says Nasa astrobiologist Chris McKay …

A long, enlightening, and not-at-all boring article on the United States' federal budget.

“We cannot stand silent as those who seek to undermine Israel voice theircriticisms,” he said. “And we certainly should not join in that criticism. Diplomatic distance in public between our nations emboldens Israel’s adversaries.”

He also referred pointedly to Jerusalem as “the capital of Israel,” something Obama administration officials, in keeping with decades of official American policy, are unwilling to do because Palestinians also envision the city as the future capital of their hoped-for state. The line drew a standing ovation from some in the crowd.

VIDEO: Antonin Scalia talks about your (possible) constitutional right to carry a rocket launcher, AFTER THE JUMP …