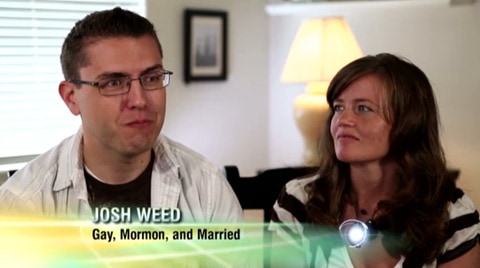 Several weeks ago Brandon posted about Josh Weed, a gay relationship therapist Mormon happily married to a woman, after Weed came out to readers on his blog:

I do not practice, nor do I believe in, reparative therapy or change therapy. Quite the opposite, my therapeutic stance is one that favors (but does not depend on) the idea that sexual orientation is immutable.

My therapeutic approach is to meet clients where they are–wherever that might be–and then help them to analyze the goals and aspirations that they have for their own life.

This week, Weed and his wife were interviewed on Nightline.