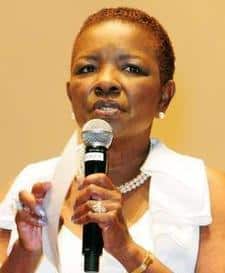 Shirley Gibson, the mayor of Miami Gardens, Florida, who is running to be Miami-Dade County's next Commissioner, has some new political allies: the anti-gay Christian Family Coalition.

Despite the Christian Family Coalition's regular habit of hurling hate-fueled messages towards the LGBT community and tirelessly working to strip gays of even the most basic rights, spineless local politicians desperate for any vote continue to legitimize the group by courting its members.

According to Steve Rothaus at The Miami Herald, Gibson, a Democrat, said she "wouldn't initiative" a repeal, but that "she would seek a cost review of Miami-Dade County’s human rights ordinance." That ordinance was passed in 1998.