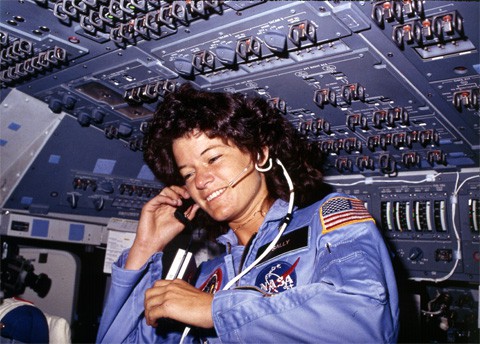 Sally Ride, the first American woman in space aboard the Space Shuttle Challenger in 1983, has died at 61 after a 17-month battle with pancreatic cancer, according to Sally Ride Science:

Sally lived her life to the fullest, with boundless energy, curiosity, intelligence, passion, commitment, and love. Her integrity was absolute; her spirit was immeasurable; her approach to life was fearless.

Sally was a physicist, the first American woman to fly in space, a science writer, and the President and CEO of Sally Ride Science. She had the rare ability to understand the essence of things and to inspire those around her to join her pursuits.

Sally's historic flight into space captured the nation's imagination and made her a household name. She became a symbol of the ability of women to break barriers and a hero to generations of adventurous young girls. After retiring from NASA, Sally used her high profile to champion a cause she believed in passionately–inspiring young people, especially girls, to stick with their interest in science, to become scientifically literate, and to consider pursuing careers in science and engineering.

In addition to Tam O'Shaughnessy, her partner of 27 years, Sally is survived by her mother, Joyce; her sister, Bear; her niece, Caitlin, and nephew, Whitney; her staff of 40 at Sally Ride Science; and many friends and colleagues around the country.

Ride's second trip to space was also aboard the Challenger. She was in training for her third when the Challenger disaster occurred in 1986.