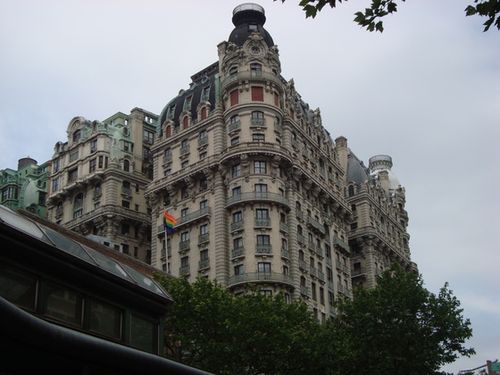 Director Malcolm Ingram (Small Town Gay Bar, Bear Nation) is at work on his next project, a documentary on NYC’s most iconic late 1960’s, early 70’s bathhouse, which was housed in the former site of the Ansonia Hotel.

Writes Ingram on his Kickstarter page:

The Continental Baths was a seminal gay New York City hotspot that existed from the late sixties to 1974. The baths themselves were a lavish Roman style affair, which were opened in the late 60’s in a newly post-stonewall NYC. Owner Steve Ostrow wanted to create a decadent and luxurious clubhouse where newly liberated men could explore with wanton abandon.

Along with the baths, The Continental was home to glamorous shows that attracted first class performers such as Cab Calloway, Peter Allen, Wayland Flowers, Patti Labelle and a then unknown Bette Midler, who (with her piano player Barry Manilow) became ringmaster to the revelry.

Ingram’s looking for some funds to wrap it up, and he’s almost there, so if you’re interested in hearing the stories, help him out.

Watch him talk about the film, and see a few brief clips from his interviews,
AFTER THE JUMP…