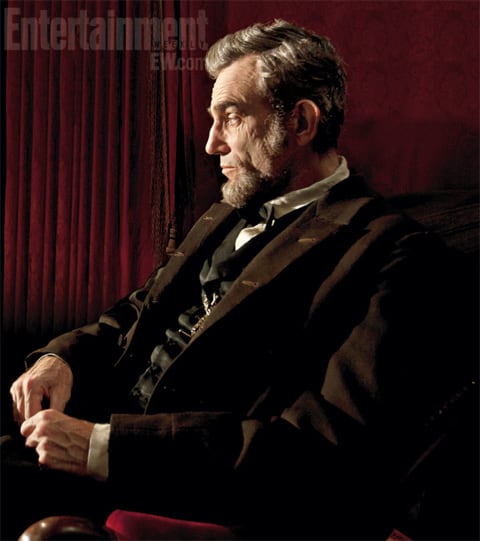 Back in November the internets were astir with an on-set photo of Daniel Day-Lewis enjoying a casual meal in his Lincoln make-up. Now, EW shares the first official photo from the Steven Spielberg historical drama.

Spielberg tells EW that Day-Lewis captures not just the likeness of the 16th U.S. president in the below image, but also the intangible, pensive quality that made him a great leader. “Lincoln had a very, very complicated – and at the same time, extremely clear — inner life,” the director says. “He thought things out. He talked things out. He argued both sides of every issue. And he was very careful in making any decision. As a matter of fact, his opponents and his enemies criticized him often for being impossibly slow to a decision.”

More about the film at EW.