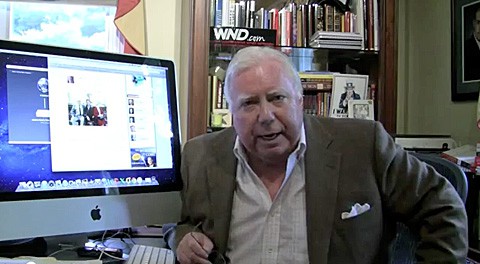 NYT bestselling author and Tea Party conspiracy theorist Jerome Corsi is out with a brand new piece of paranoid propaganda in which he tries to build the case that he was 'gay-married' to his Harvard Pakistani roommate:

His Pakistani roommate, whom we also went to Pakistan with, from Occidental, seems to have been, take a look at pictures of he and his roommate together, Obama had all these roommate pictures, seems to be sitting about on the guy’s lap. I’ve not seen a lot of roommate pictures where two guys are that chummy. The issue is again, not an issue that we want to raise in terms of criticizing the homosexuality or the bisexuality or whatever Obama’s true inclinations are, the issue is why does he have to lie about this too.

Have a laugh, AFTER THE JUMP…