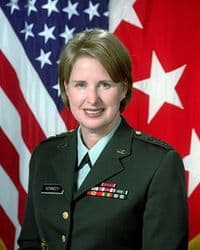 In a meeting led by Newark mayor Cory Booker and Lt. Gen. Claudia Kennedy, and attended by approximately 120 party leaders from across the country (and, in a few cases, from beyond), Democrats created a platform that called for, among other things, renewed commitments to fossil fuel efficiency and continued efforts to combat nuclear proliferation. Nothing much controversial made the platform — as Detroit News notes, the platform doesn't endorse The DREAM Act, and it "sidesteps" arguments about the role of Japan in the Trans-Pacific Partnership. But the platform does call for the end of DOMA, for marriage equality, and for the word "family," when it appears in immigration reform, to refer to all kinds of families.

From the Washington Blade: 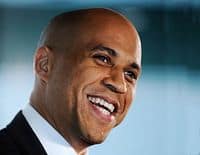 Language on marriage equality — which is being included in the Democratic Party platform for the first time — was accepted without amendment and without significant discussion.

Among the committee members who delivered remarks was Scott Dibble, a gay state senator from Minnesota, who said he’s “extremely pleased” with the marriage equality plank, saying the language “should be taken as an affirmation on something that we all value and cherish, and that is what marriage means and that marriage really matters.”