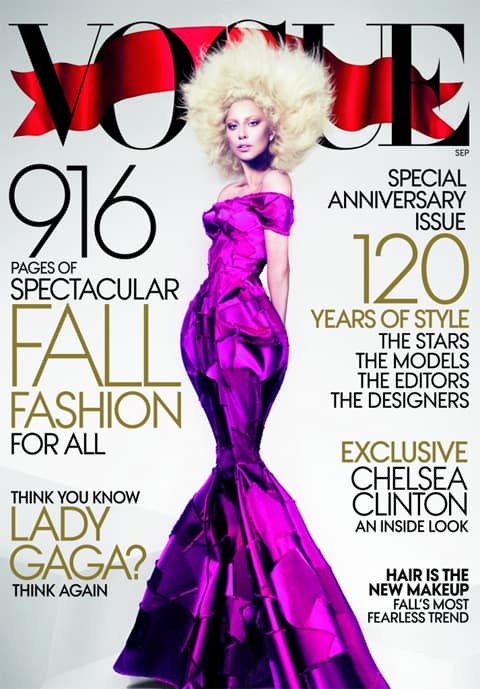 YEsterday, shortly after tweeting the new September Issue of Vogue, on which she's featured, Lady Gaga asked her Twitter followers:

Who else sees me channeling @RuPaul on the COVER of VOGUE. If only I was as fierce as you bitch. I did try to come for you with that weave.

Social media was quick to respond, concocting a RuPaul mock up of the cover which quickly spread on Facebook. 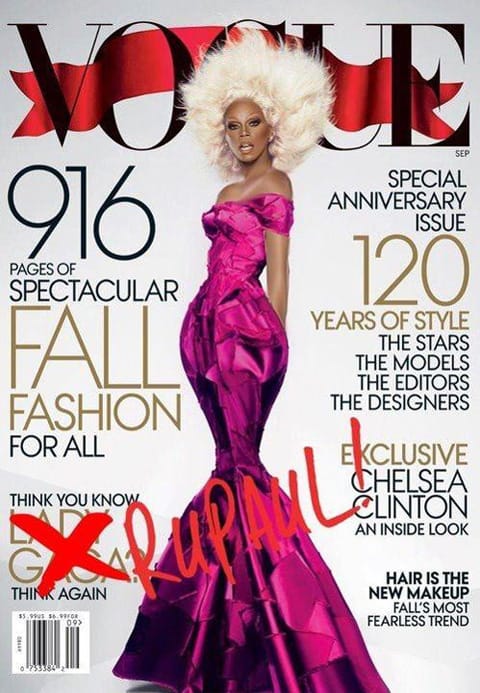