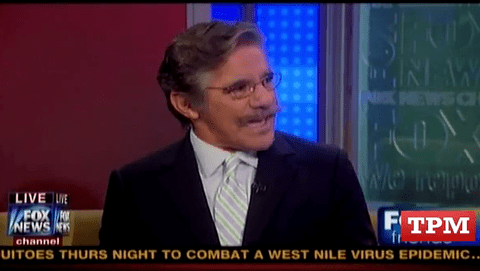 On Fox News today, Geraldo Rivera, a television personality who once had a tabloid talk show, wondered whether a spate of sexual harassment complaints against female Homeland Security officials means that a “lesbian cabal”  runs the federal agency. Is there a “same-sex take-over” at work?

“Is the subtext of the Department of Homeland Security scandal that there is some kind of lesbian cabal? That there is some kind of same sex takeover of this agency?” he asked. It just seems like everyone is talking around it. Is that really what people are saying? That men are disadvantaged and that women, specifically lesbians, are ruling the roost there?”