Glee actor Jonathan Groff says he was not fazed by Ramin Satoodeh's article saying he was unconvincing as a straight character, in a new interview with the L.A. Times: 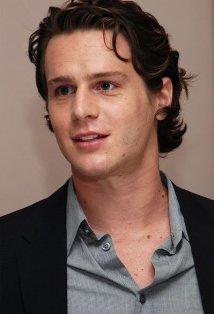 To be honest, I feel the same way now as I did then. Here's the deal — I go to my auditions and plug away and try and do my best. People are going to say whatever they're going to say about your performance, and at the end of the day, you can't let that stuff affect you. Everyone is entitled to his opinion, and it started a lot of good conversations probably. All I can do is laugh and keep moving forward. Sexuality is such an interesting thing. Unless you're playing a very effeminate person, a stereotypical queen, it's hard to say what it means to play gay.

Groff also says he's fine with actors staying in the closet if that makes them more confortable:

Ultimately everyone has their own journey. The more people that come out the better, because it makes it easier for the next generation of people coming out, and it makes [straight] people more comfortable with it, the more people they know. But at the end of the day, if people don't want to come out, it's their personal choice. I feel really blessed to be living in 2012. Certainly there's a long way to go, but I feel really positive about how, even in the last 10 years, being gay has become more accepted.

Groff is starring alongside Alfred Molina in the play 'Red' and Kelsey Grammer in the TV series 'Boss'.

Previous Post: « Prince Harry Parties Shirtless at Vegas Hotel, Races Ryan Lochte: VIDEO
Next Post: Hugh Hefner: ‘The Fight for Gay Marriage is a Fight for All Our Rights’ »