Rush Limbaugh is "not alleging conspiracies" but notes that the National Hurricane Center is under the auspices of the Commerce Department, and just might have plotted the hurricane's path in order to influence decision-making by the Republican Party regarding this week's convention, Think Progress reports. 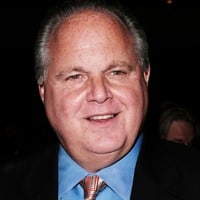 …Okay, 6:45 p.m. Saturday night the Republicans announce that they’re canceling Monday. At 6:45 p.m. Saturday night, everybody is still under the impression that Isaac is making a beeline for very close to Tampa. It was an hour and 15 minutes later that the eight p.m. model runs showed New Orleans. I’m alleging no conspiracy. I’m just telling you, folks, when you put this all together in this timeline, I’m telling you, it’s unbelievable."

Listen to a clip, AFTER THE JUMP…