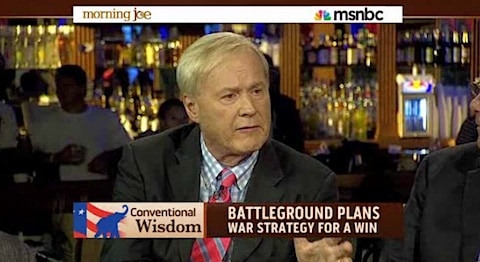 Said Matthews: "It is an embarrassment to your party to play that card…This stuff about getting rid of the work requirement for welfare is dishonest — everyone's pointed out it's dishonest….And you are playing that little ethnic card there. You can play your games and giggle about it, but the fact is that your side is playing that card."

Priebus tried to downplay Matthews' attacks and asserted that Obama is looking to Europe for guidance on healthcare, prompting more outrage from Matthews:

"What? Where do you get this from? This is insane! You mean the Keynesian fiscal policy, you mean the fact that every president we’ve had has tried to offset the economic cycle with stimulus going the other direction is somehow European?…What’s this got to do with Europe and this foreignization of the guy? You’re doing it now! Saying he’s influenced by foreign influences? You’re playing that card again. What’s this European thing of yours? What are you up to with this constant that he’s not really domestic?" 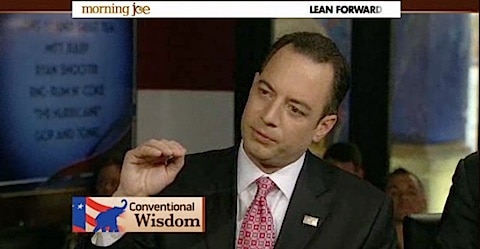