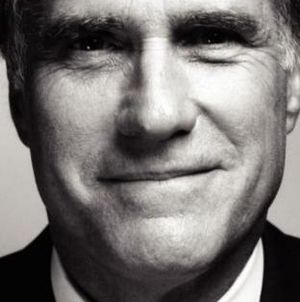 [UPDATE: Romney has tweeted, and it's definitely Paul Ryan.]

In either 45 or 60 minutes, depending on who you believe, Mitt Romney will announce his running mate for the 2012 American presidential election. The AP says it's US Rep. Paul Ryan, of Wisconsin.

The AP could be wrong — all the signs that Romney's picked Ryan could be some kind of political psych-out, meant to lend the GOP ticket mystery and excitement — but probably not. As The Weekly Standard points out:

… if the signs pointing toward Ryan, increasing in number, are meant as a feint, it's an odd one. Ryan is popular among conservatives and Republicans, and the talk about him is generating lots of excitement in conservative and GOP circles. The campaign would presumably be acting to tamp down Ryan speculation if Ryan weren't going to be the pick, in order to avoid a sense of letdown if he's passed over. But the campaign is doing no such thing. Rather, it seems to be preparing observers for Ryan.

— by, among other things, announcing his Veep pick in front of the USS Wisconsin, in Norfolk, Virginia. If Rep. Ryan's not joining the ticket, that's an odd choice of venue.

Rep. Paul Ryan is sort of an anti-Mitt Romney. Mitt's an ideologically flexible quarter-billionaire who dabbles in politics, and who once governed a liberal state as a kind of latter-day Rockefeller Republican. Rep. Ryan's an ideologically rigid objectivist who proposes austere, almost draconian budgets, and who's spent his life as a pol. (He has, in fact, never worked in the private sector, which means Mitt Romney will probably have to cease criticizing Barack Obama for his lifetime of public work.) The meeting and melding of these men could send the Romney campaign in weird directions. From WashPo:

Until now, Romney’s play has been very simple: Don’t get specific. In picking Ryan, he has yoked himself to each and every one of Ryan’s specifics. And some of those specifics are quite…surprising. For instance: Ryan has told the Congressional Budget Office that his budget will bring all federal spending outside Medicare, Medicaid and Social Security to 3.75 percent of GDP by 2050. That means defense, infrastructure, education, food safety, basic research, and food stamps — to name just a few — will be less than four percent of GDP in 2050. To get a sense for how unrealistic that is, Congress has never permitted defense spending to fall below three percent of GDP, and Romney has pledged that he’ll never let defense spending fall beneath four percent of GDP. It will be interesting to hear him explain away the difference.

… It’s not just that Romney now has to defend Ryan’s budget. To some degree, that was always going to be true. What he will now have to defend is everything else Ryan has proposed. Ryan was, for instance, the key House backer of Social Security privatization. His bill, The Social Security Personal Savings Guarantee and Prosperity Act of 2005, was so aggressive that it was rejected by the Bush administration. Now it’s Romney’s bill to defend. In Florida.

Tricky stuff. Of course, the Ryan thing could still be a ruse. Mitt might've picked Marco Rubio. We'll know in an hour.